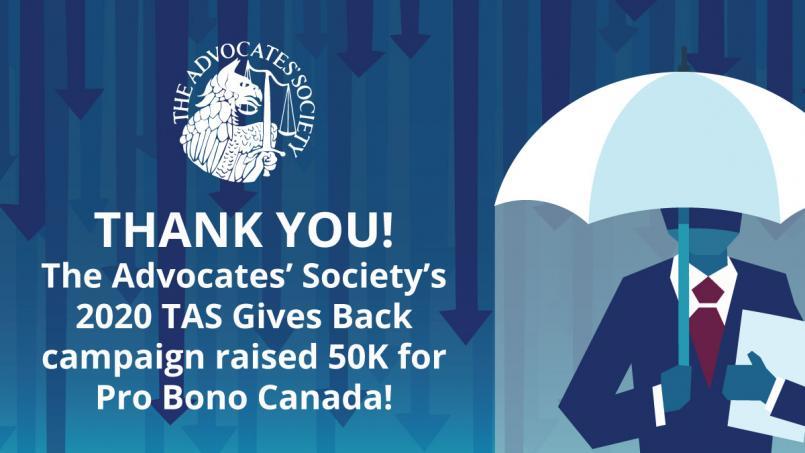 Since 2010, The Advocates' Society's TAS Gives Back campaign has raised over a half million dollars for charitable causes through its Donate Your Rate™ campaign which asks its members to donate the equivalent of 15 minutes of their billable rate.